At this week’s Senior School assembly, Principal Dr Emma Burgess used the life of African-American ballet dancer Misty Copeland to encourage the girls to face and work at overcoming adversity, beat the odds and ask “Why not me”.

This year we have been inspired by our 2020 Prefects to ‘See Us, See Me and See Others’.

Our leaders have encouraged us to consider our wonderful community of learners and how special we are at Danebank- we’ve supported one another through difficult times and remembered that Danebank girls are enthusiastic in our learning, we lead others, are kind, considerate of others, compassionate, courageous and creative.

We’ve thought about others; how we can serve and shape the world, influencing it to be a better place for Christ… and we’ve taken action to do so. We’ve taken time to consider what makes you uniquely you, to celebrate who God has made you and we’ve encouraged one another to embrace this to be the best person that we can be. 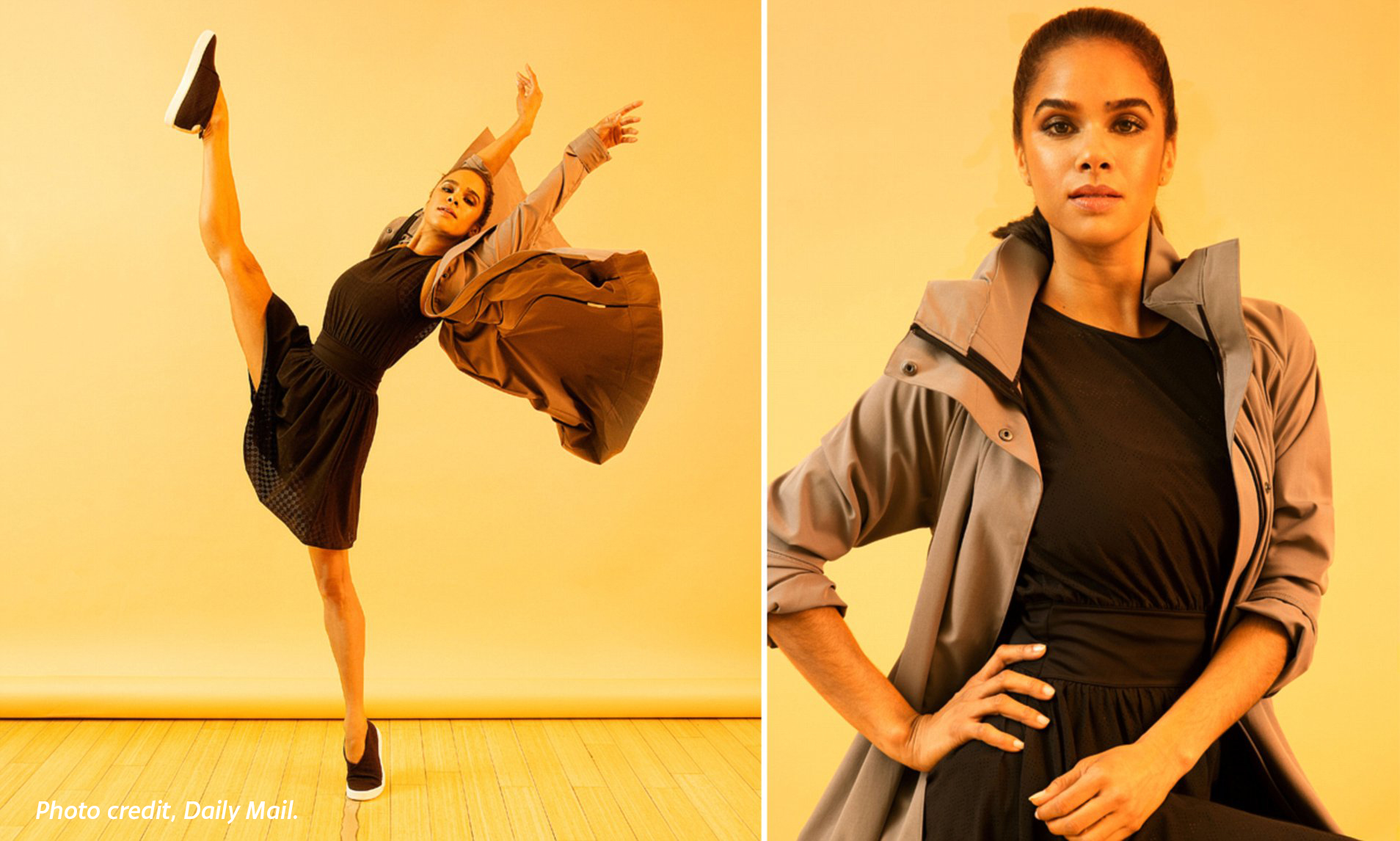 I want to talk to you today about a young woman who knew who she was, discovered her passions, interests and talents, worked hard and was determined to succeed.Misty Copeland was born in Kansas City, Missouri, raised in San Pedro. She grew up in a family with six siblings. Misty went to her local primary school, Point Fermen Elementary School. She was raised in a poor family. When Misty discovered ballet, she lived in a motel room with her single mother, sleeping on the floor, with five siblings.

“Our room was toward the back of the top storey. We children slept on the couch and the floor in the large front room, but I would often disappear into Mommy's bedroom after school, trying to drift away in a dream or a dance. Often we had no money at all. We would run our hands around the couch cushions and through the carpet to find change. Then we'd go to the corner to see if we could afford something to eat. Eventually, Mommy applied for food stamps.”

In early 1996, the school’s drill-team coach, Elizabeth Cantine, convinced Misty to attend a ballet class at her local Boys & Girls Club. Cynthia Bradley, a friend of Elizabeth’s, taught a free ballet class at the club once a week. Misty attended several classes as a spectator before participating.

She says: “Finally, one afternoon, I told myself that if I was going to go to the gym at the Boys & Girls Club anyway, I might as well give ballet a try. I went into the locker room to change and emerged, slightly embarrassed, in blue cotton shorts long enough to scrape my knees, my white T-shirt, and a pair of old gym socks. I willed myself to walk to the center of the basketball court.”

Misty was then invited to attend class at her small ballet school, San Pedro Dance Center. She initially declined the offer, because her mother did not have a car, was working 12–14 hours a day, and her oldest sister, Erica, was working two jobs.

Misty began her ballet studies at the San Pedro Dance Center when she was 13 when the ballet teacher (Cynthia Bradley) began picking her up from school. Starting ballet at 13, is six years later than most professionals. She was 5 foot 2 inches; 2 inches shorter than the average ballet dancer, another obstacle to overcome.

"Misty," the teacher, Cindy Bradley, called, "can you come here for a second?"
“Trapped, I reluctantly followed her to the front of her class. I felt overwhelmed in that first class; it was too much information coming too fast, and I was way behind the other students. Most ballerinas start to dance when they are sipping juice boxes in preschool. I was thirteen years old. Self-doubt taunted me.”

Within three months of taking her first dance class she was dancing en pointe. Within a year, she was performing professionally … something that is unheard of for any classical dancer.

In 2012, she was the first black woman ever to play the Firebird. 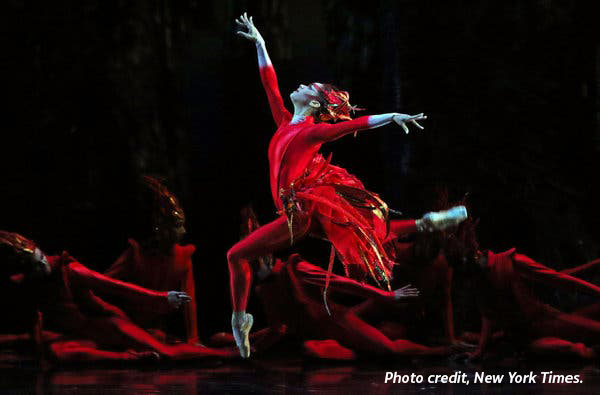 “I would become the first black woman in history to play the Firebird for a major ballet company.
I was in my brilliant costume of red and gold, sitting in the dressing room at the Metropolitan Opera House. But I could no longer believe that I could pull it off. I was in pain. An incredible, searing amount of pain. My lower leg throbbed, but not as hard as my heart. I ignored both. This is what I had spent years longing for. It was time to push through. I paused in the wings before my first entrance. The chandeliers rose, the orchestra began to play, and the lights shone down. I was transformed. For the next ninety minutes, I fluttered and darted. I was the Firebird. There were jetés and piqués and fouettes. And I felt no pain. All the training, all the practicing, all the nurturing had come together for this climactic moment.

They were all there with me, everyone who had sustained me. And so many more.”

By June 2015, she became the first African-American woman to be promoted to Principal Ballerina in ABT’s 75-year history. She displayed grit, determination and courage.

We know that in life, one of the major determinants or key ingredients for success will be grit, determination and hard work and a drive to improve. Angela Duckworth says it is the most significant predictor of success, not social intelligence, attractiveness, physical health, IQ.

Today Misty Copeland is a ground-breaking ballet dancer. She was the third female black soloist in history of USA ballet theatre and the only female black member of American Ballet Theatre.

Her story has inspired thousands. There have been documentaries, inspirational videos, modelling, endorsements … there is even a Mattel Misty Copeland doll. She has won countless awards and honours.

Of her story, Misty says: “I hope that they see someone who overcame adversity to beat all the odds to do what she loves and what ultimately saved her life.”

Girls, be encouraged as you go into the rest of the week, term and in the years to come.